This package contains 297 meshes in  .blend, & .fbx formats. The fbx is the master file so please work from that if you can.

Release notes and information for this project are posted on my site here.

Get assets first thru my Patreon page

artwork by Impmane on the Discord!

Would you mind setting the license fields in the “More information” blocks for the Everything Library uploads?

(Or, if you’d prefer, adding license declarations to the descriptions.)

I’d like to add them to my Libre Game Assets collection and I’d feel a lot more comfortable about doing so if didn’t rely on a license declaration on a completely different domain.

(UPDATE: Also, I need that “constraining a CC license is a violation of trademark law” part resolved first.)

Also, you can’t say “This license does not cover repackaging and reselling these assets as assets. You have to do something with them!”

It’s right there in the Creative Commons trademark policy if you scroll down to “License Modification”.

If you place any restriction on use of a CC-licensed work that has the effect of limiting or further conditioning the permissions granted to the public under the standard CC license, you must not use any CC trademarks or branding in connection with the license or in any way that suggests the work is available under a CC license.

…and that’s just about not diluting the efficacy of the trademarks by illegally inducing uncertainty in what it means to see a Creative Commons mark.

(Part of the more general “you can’t use a competitor’s trademark to hurt them” thrust of various aspects of trademark law that’s also behind not being more specific than “compared to the next leading brand” in advertisements.)

Also, in pursuit of fostering that sense of safety in a world of scary legal documents, Creative Commons licenses are irrevocable if you had the legal right to apply them in the first place.

You’re fully within your rights to stop offering new downloads under a CC license, but anyone who received them under that license still retains their rights and, even if your restriction is held to be legally valid, it’s gone as soon as they upload it without repackaging or charging for it for others to download.

The Debian Free Software Guidelines also have a test to ensure that when evaluating software licenses, called the tentacles of evil test, which is a thought experiment about a company buying the rights and then trying to make existing licensees’ lives miserable.

I believe the Open-Source Definition also covers the same “can’t limit resale” thing under the “No Discrimination Against Fields of Endeavor” rule.

The MIT license achieves that effect through the pieces I’ve emphasized below:

Permission is hereby granted, free of charge, to any person obtaining a copy of this software and associated documentation files (the “Software”), to deal in the Software without restriction, including without limitation the rights to use, copy, modify, merge, publish, distribute, sublicense, and/or sell copies of the Software, and to permit persons to whom the Software is furnished to do so, subject to the following conditions

…though, without the parts ensuring it’s kept separate from additional restrictions, people might have to ask a friend to enter into the initial exchange and then redistribute it to them to get free of such requirements.

I assume that MIT would be the ones whose trademark you’d potentially be sued over if you tried to change that in the MIT license without wiping out all mention of MIT.

If you're trying to use this pack in Unity, you need to make a shader for vector colors, using this code. Then on the .blend file in Unity, you click extract materials and put them wherever you want. Apply the vector colors shader you made to all the materials. Once you put the .blend file in the scene, it should already have the materials applied appropriately. This should work for all of David's projects (assuming they all use vector colors). I did this on Unity 2020.2.5f1. I'm hoping David can add these instructions on the website because it only has instructions for Blender and Maya. Also, the assets are dope, thanks for your hard work.

Edit: This works for the .fbx file too. As it's stated in the description, it's the master file so use that instead.

This pack has everything you need for comics and animations to make areas look habitable and lived in. Well Done! 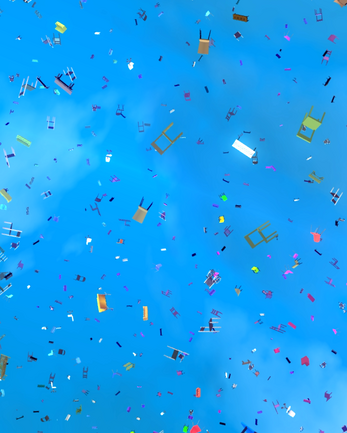 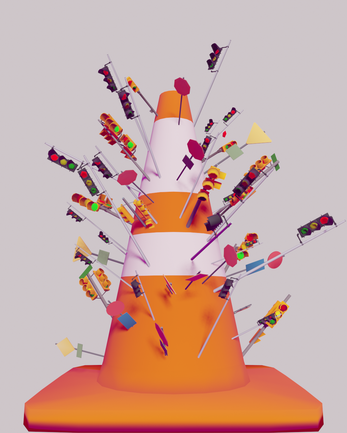